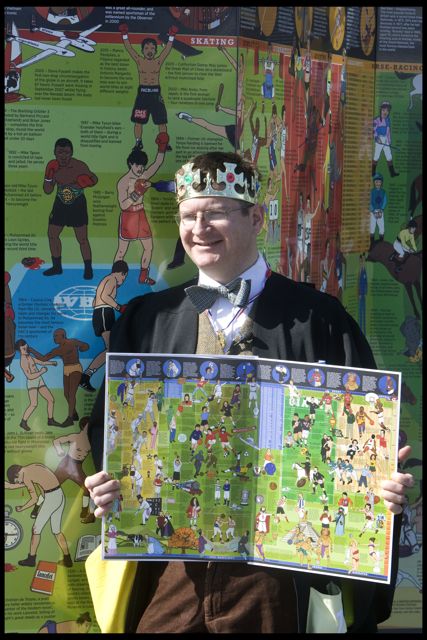 Join Christopher Lloyd on a quest that begins millions of years ago in the Stone Ages with the first human ancestors who learned to walk on two feet, giving them freely available hands – essential for playing sport. The story then covers a dizzying array of cultures from hunter-gatherer cave people to the Greeks, Romans, Aztecs, Tudors, Victorians and ending with the revival of the modern Olympics and London 2012. First given at City Hall, London in May 2012.

“It was such a wonderful day for everyone, thank you so much for coming to Hazlegrove”,